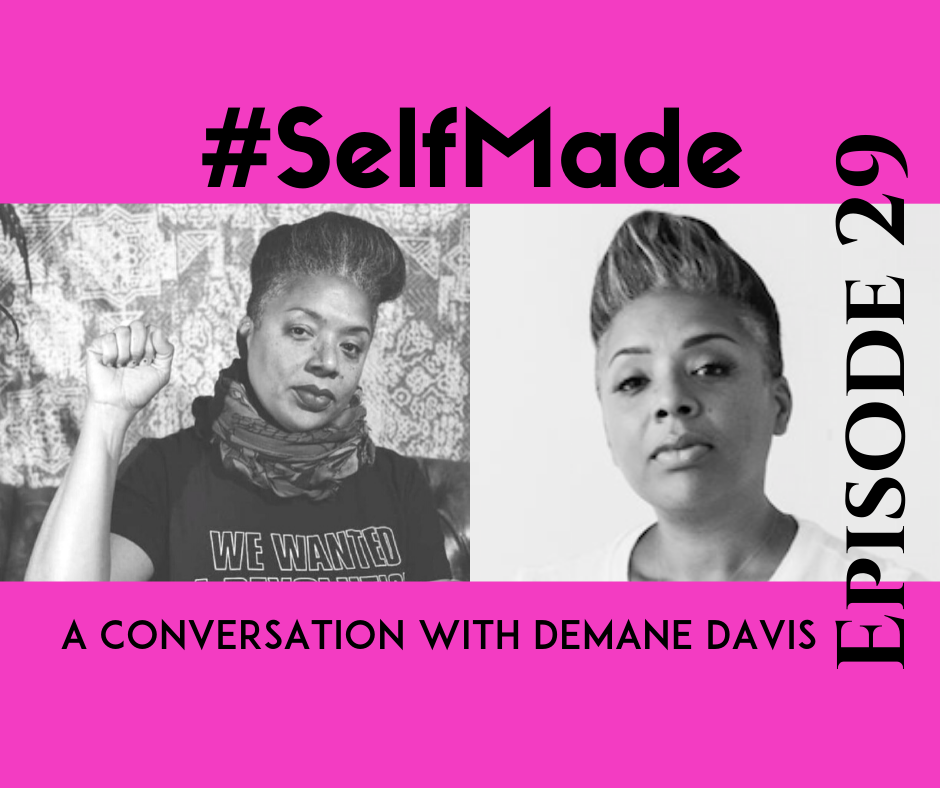 #DearMama especially my creatives mamas, create your thing, that book, that script, film, podcast, whatever, use social media, don’t let social media use you, shoot your shot & then check your DMs because that’s how we got the guest for this episode!  In this episode we speak with writer, director DeMane Davis.  DeMane is a proud product of the #AvaEffect & her receipts are long and strong.  She is the producing director of the upcoming four part Netflix series Self Made: Inspired by the Life of Madam CJ Walker starring Oscar winner Octavia Spencer, Blair Underwood and Tiffany Haddish.  The series will be released Friday, March 20th.

And yall know the deal don’t just listen subscribe and follow us on all social media platforms @demblackmamaspodcast so you won’t miss an episode. Please keep emailing us, keep engaging with us through social media comments, your reviews, and SoundCloud comments. Keep sharing us, even if it’s only with one other person. If you’re a new listener, welcome to the ride. Invest in us by becoming a DBM patron, buying merch or giving a one time donation. For full show notes check our website demblackmamas.com. Now let’s get free yall and jump into Episode 29 of Dem Black Mamas!

S/o to the women who help us catch our dreams:

Our breast guru is puttin in work.  Check out Nekisha’s Webinar : How Did I Miss That?: Breast Assessment and Non-White Skin Tones

Thea is helping folx get right.  Check out her latest television appearances:

OWN Family or Fiancee: Jazmine & Reggie: The Preacher’s Wife to Be

On the 7 with Dr. Sean: Joy, Pleasure, & Love with Thea Monyee

DeMane Davis is a TV Director and a Producing Director. Ava DuVernay graciously asked her to direct two episodes of the second season of her groundbreaking TV series Queen Sugar which airs on OWN which has changed the entire landscape (and the numbers) by only hiring female directors and specifically hiring first-time female directors. Ava asked DeMane to be producing director of season three. In addition to producing the entire season she directed three episodes, including the premiere. Queen Sugar was recently renewed for a fifth season! Since then DeMane has directed on For The People; The Red Line for CBS, How To Get Away With Murder, Station 19 and YOU for Netflix. She was also Producing Director on Self Made: Inspired by Madam CJ Walker a four part series which premieres on Netflix on March 20th. She directed the last two episodes. Most recently she’s been back to Shondaland to direct an episode of their final season of How To Get Away With Murder. Her episode airs in April of 2020!  She is also a Commercial Director and is with Sweet Rickey, a collaborative, female-owned production company versed in creating original content. DeMane is a Sundance Fellow Class of 97 and two of the features she wrote premiered in competition at The Sundance Film Festival. LIFT, Kerry Washington’s first solo feature, is available on Amazon. In addition directing, she is also a Freelance Copywriter/Creative Director and voiceover talent. Self Made details the life of America’s first self-made millionaire — how she fought for social change and simultaneously overcame post-slavery racial and gender biases, personal betrayals, and business rivalries to build a ground-breaking brand that revolutionized black haircare.

On Her Own Ground: The Life & Times of Madam CJ Walker

Collection Plate Causes: Self Made: Inspired by the Life of Madam CJ Walker